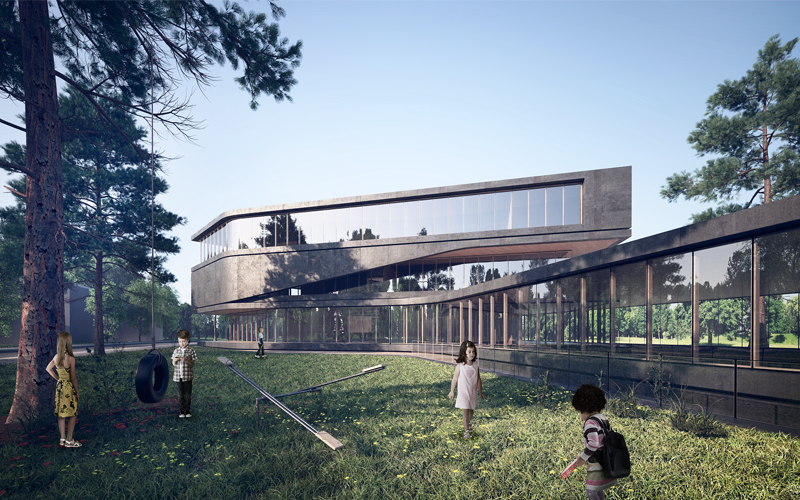 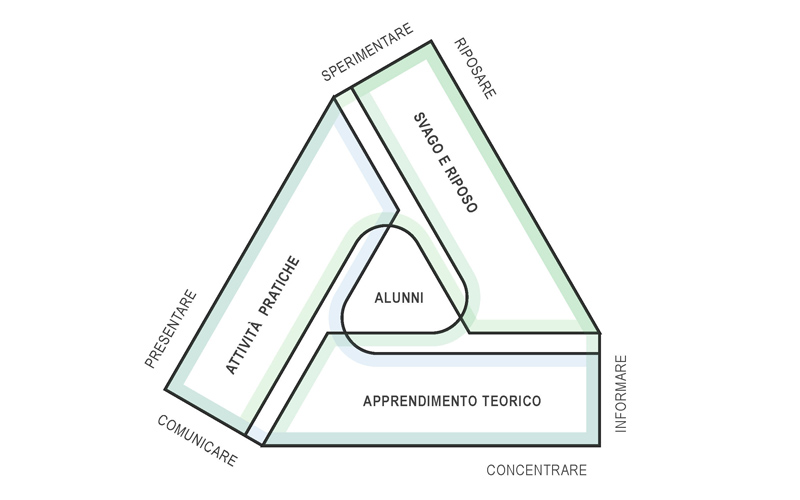 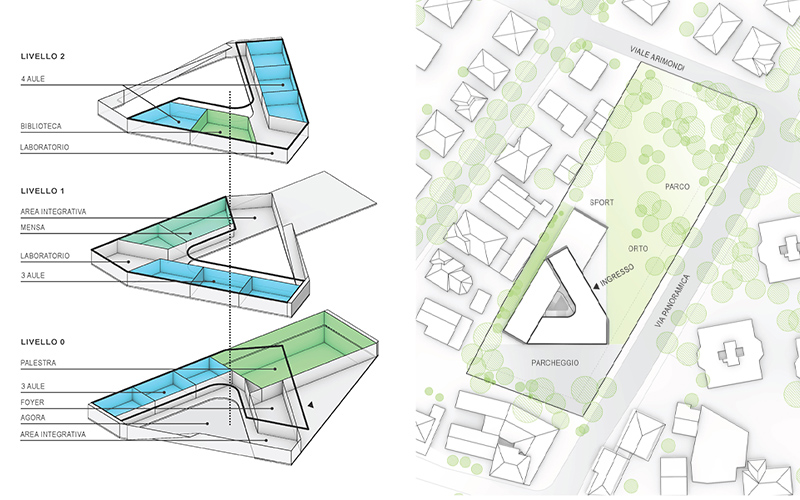 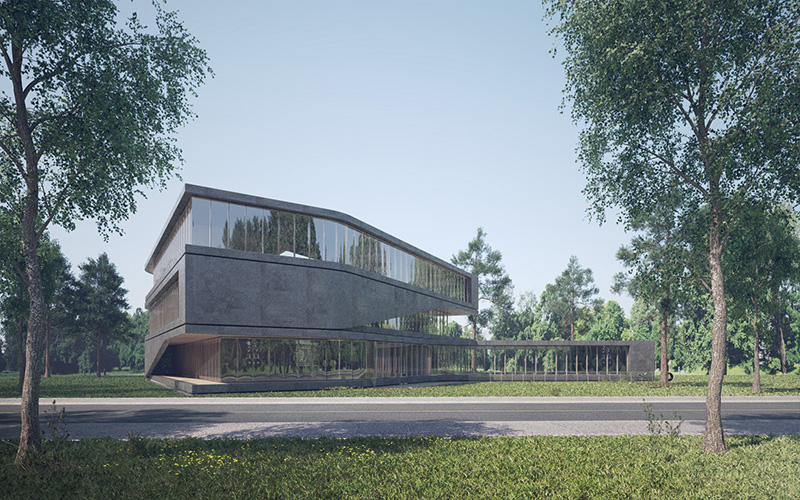 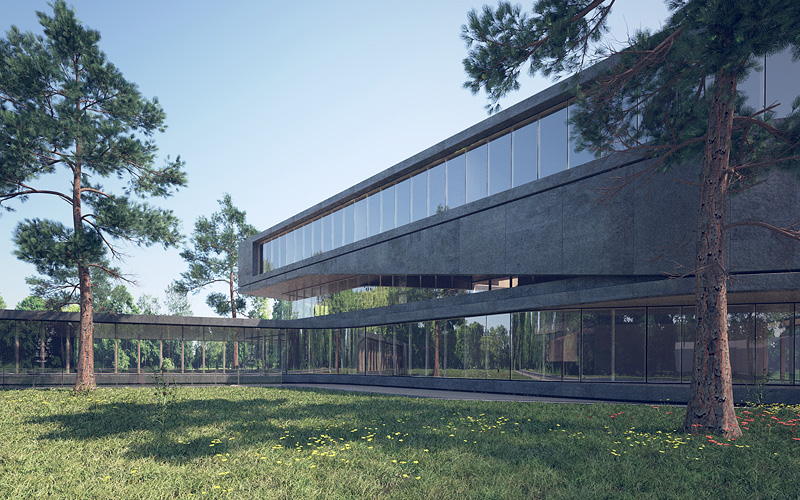 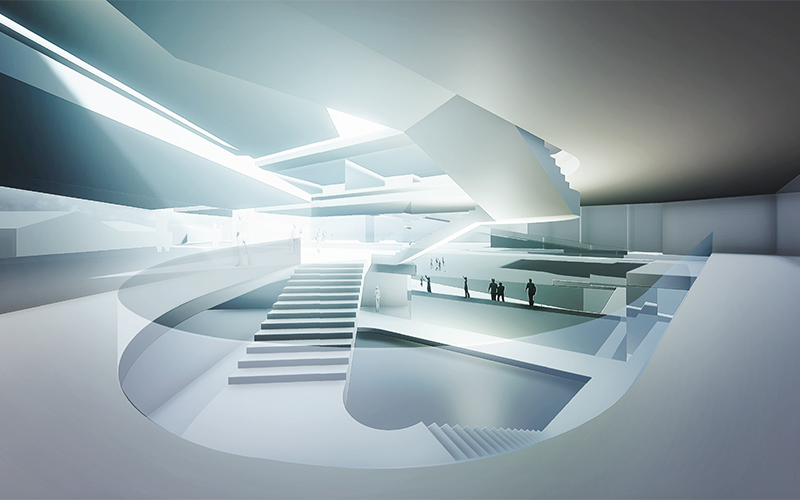 The design for the new elementary school sees itself as an integrative part of Riccione’s educational landscape and socio-cultural structure. The building not only forms an important new identification site within the immediate vicinity, but also creates a new attraction for the whole city with its architecture and programming. The building’s expressive form and open structure appear both radiant and inviting. As a source of inspiration, the new school should enrich the district and provide an accessible offering for different actors and activities. The offset and rotation of the three storeys creates a dispersed and exciting spatial structure across the building height, which mediates between the urban planning level and the human scale. The school building, which faces the street at a slanted angle, forms an open zoned entrance area on the property, which creates both inviting, barrier-free access to the building and direct orientation towards the park.

The spatial organisation is based on a three-winged level structure, which – rotated by 120° and offset one floor in height – aligns to a central atrium. This bright, three-storey airspace serves as an access and communication space and creates  clear orientation inside the building. As a stage of school life, it becomes a place of encounter and exchange. The playful movement from level to level is conveyed through the half-storey arrangement of the stairs. This kaleidoscope-like scenography offers the user varying spatial impressions, visual references, informal locations and space for chance meetings: in the best sense of an interactive and identity-creating space, which can also be used as an agora/forum/auditorium for various events.