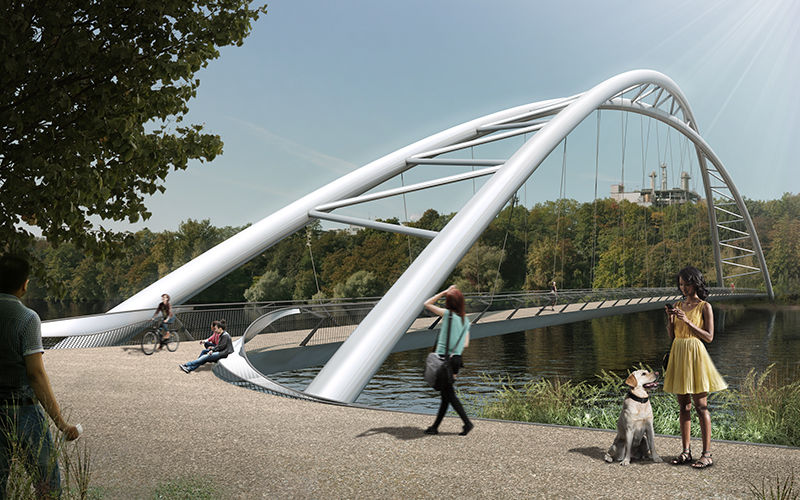 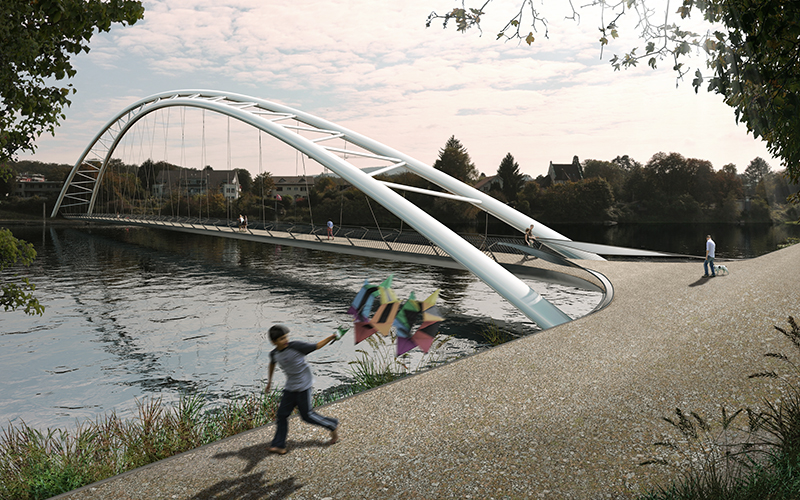 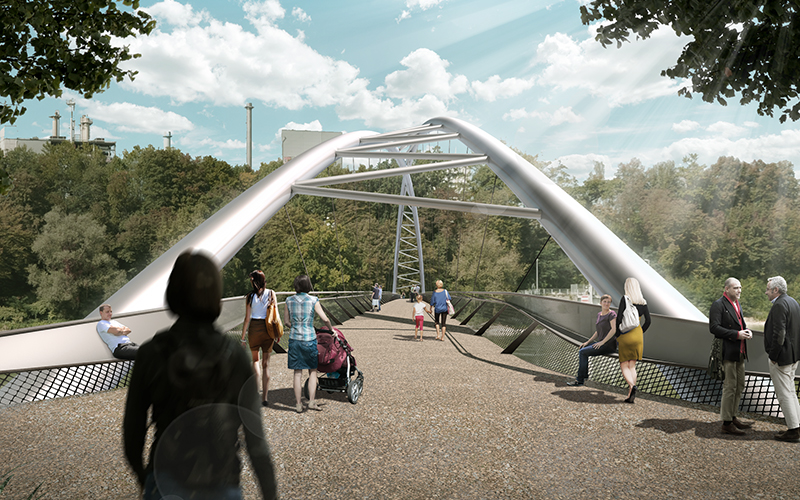 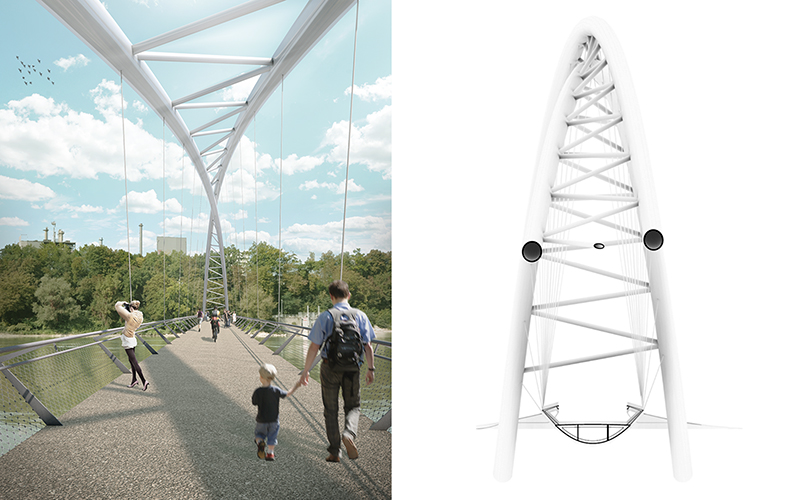 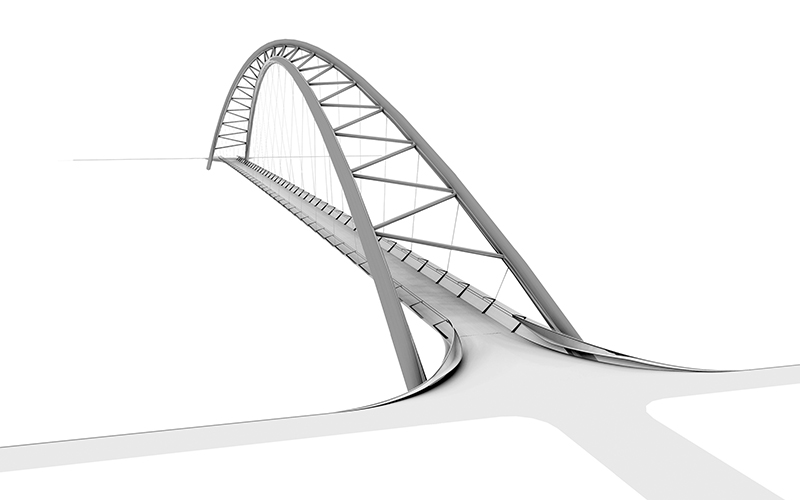 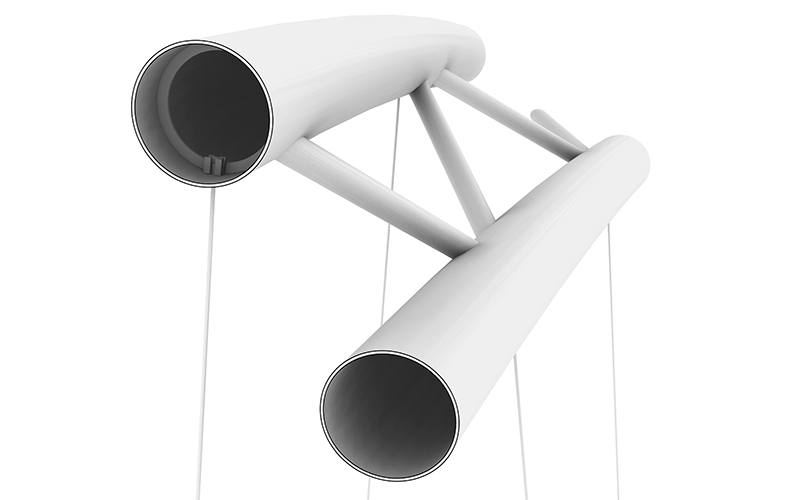 The proposal for a new bridge across the Rhine has been designed to represent a link between Rheinfelden in Aargau, Switzerland and Rheinfelden in Baden Württemberg, Germany. The pedestrian and cycle bridge across the national borders blends quite naturally into the riverside scenery and creates a highly visible link between the two towns.  The generously proportioned transition from the riverside paths to the Rhine bridge smoothly follows the existing alignment of the gravel paths across the bridge   Due to the geometry of the bridge, seating can be provided at each end and this offers attractive places to stop and rest, on both sides of the river. Commuters will be provided with a safe, car-free and green alternative access to the proposed train stop in Oberrheinfelden.  The new Rhine footbridge will offer pedestrians an enjoyable barrier-free circular trail along the river bank while also forming an attractive link between the regional and national hiking trails and cycling routes.

The double-arch bridge, which consists of a walkway suspended from an arched supporting structure, spans the entire 215 meter width of the river. The main supporting structure is above the walkway in order to keep the bridge construction as low as possible. This provides users with an unobstructed route without differences in height, because of the bridge construction. The form follows the load-bearing function.  The arched frames which are fixed in the foundations at each bank are formed from two tubular arches which cross the axial plane at midspan i.e. at an oblique angle to the centre line of the bridge. The highest points of each tubular arch occur at different points along the bridge and cross each other in the middle of the span. This provides a higher bending strength. The arches are connected by transverse cross bracing members which provide lateral stiffness to the complete arch.