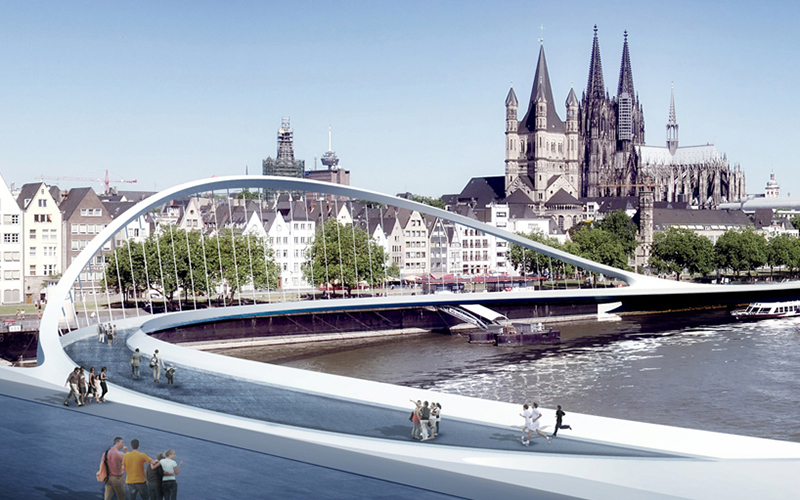 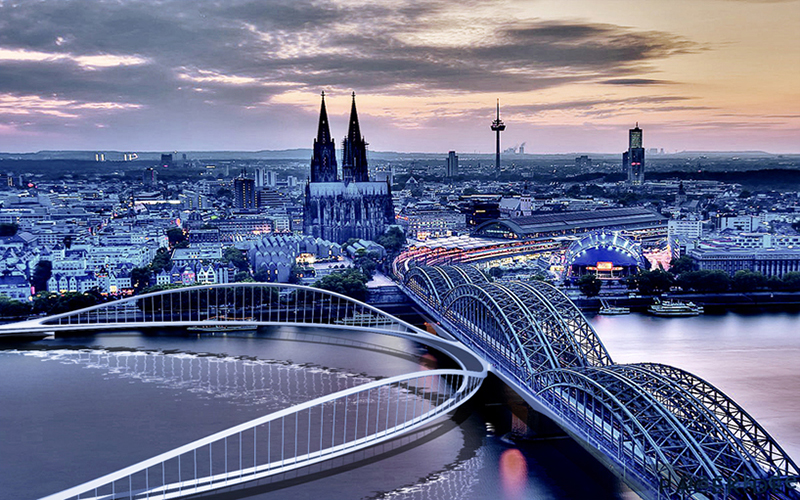 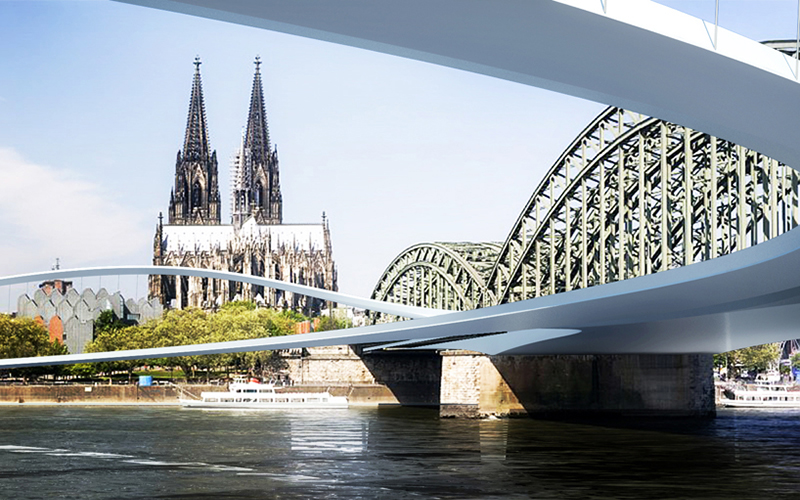 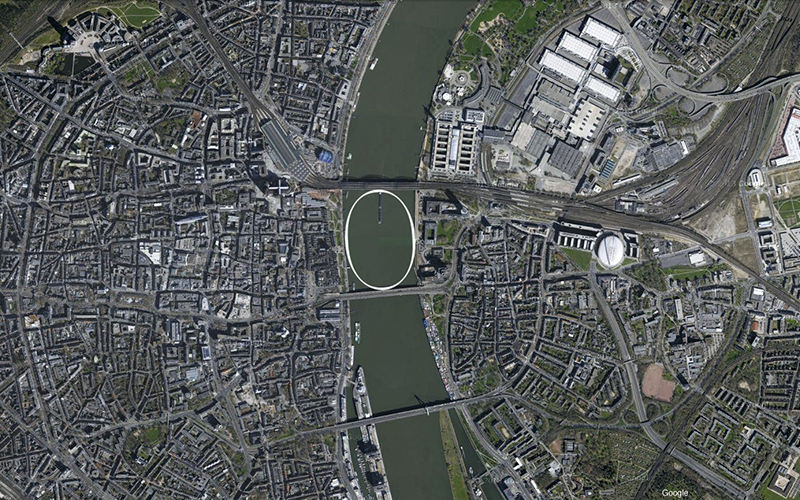 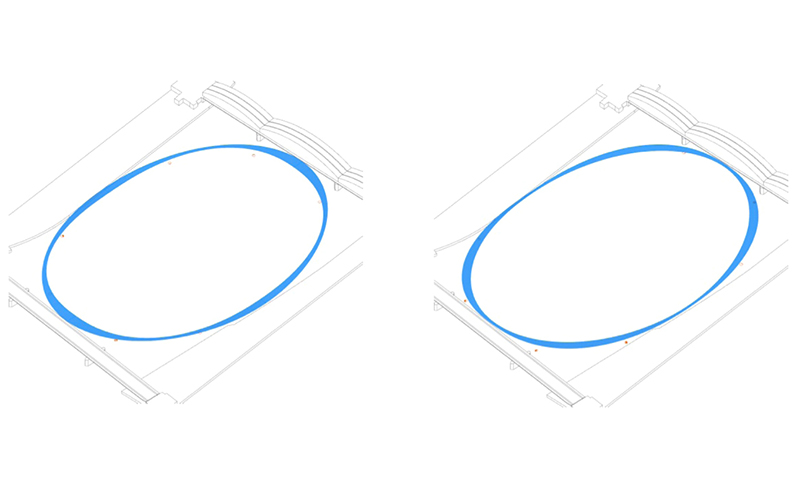 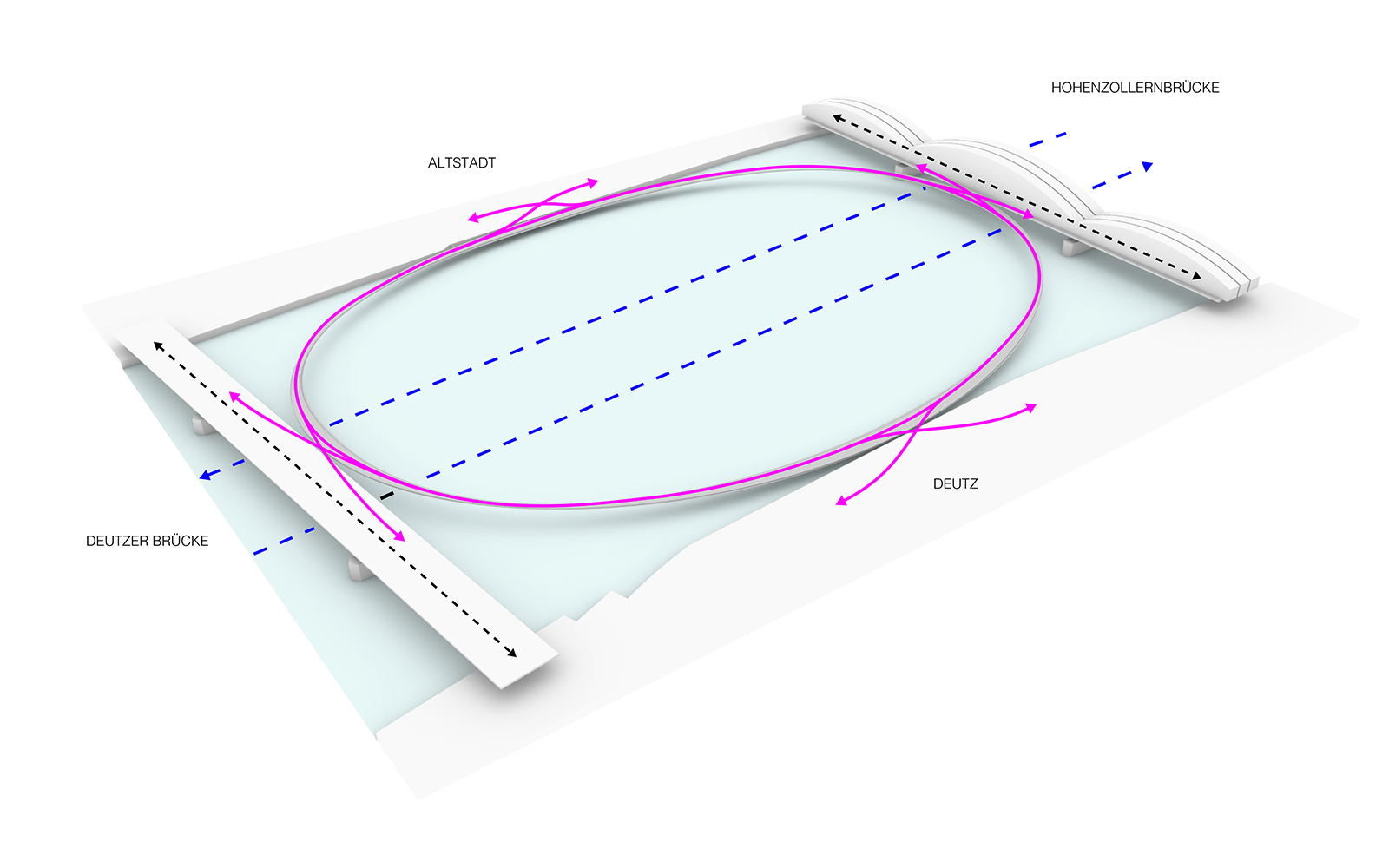 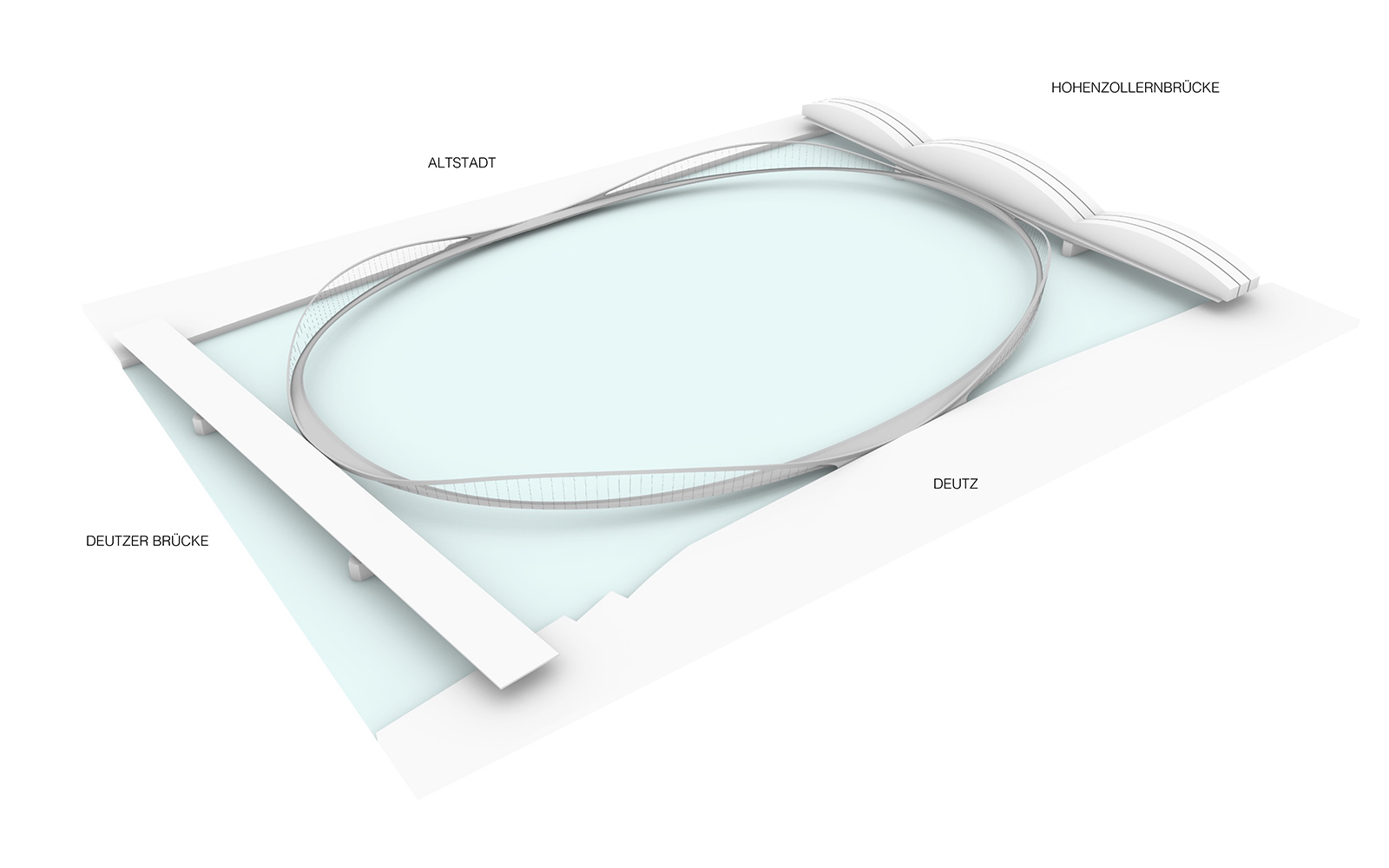 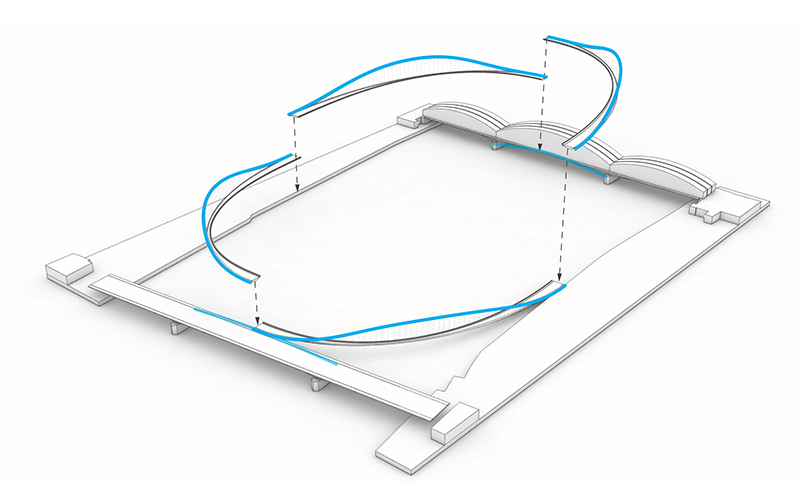 Located at the Rhine Carée, one of the most significant public urban spaces of Cologne, between the two major bridges, the Hohenzollernbrücke and the Deutzer Brücke, the RheinRing represents the new center as well as the link between the two halves of Cologne inner city. The circular construction serves as an attractive pedestrian walkway directly accessible from the Altstadt, the historical city center, on the west, and in the east from the Rhine Boulevard on the opposite side, as well as offering access to the flanking Rhine bridges.

The free-floating ring above the river Rhine is a light arch construction that picks up formal references to the flanking Rhine bridges as well as to the special buildings nearby such as the LanxessArena event center, the main station building, the Museum Ludwig or the Sternwellen shade sail by Frei Otto. The geometry of the RheinRing is based on the mathematical model of a super ellipse, a flattened ellipse that mediates between the square and the round forms. The bridge above blends smoothly into the square of the Rhine Carrée and, following the same formal principle, forms wider and narrower areas, which arise from the planned utilization.

The geometrical model introduced in 1959 by the Danish writer and inventor Piet Hein describes a form that is pleasing to the eye and which he himself describes as follows: „The superellipse has the same convincing unity as the circle and ellipse, but it is less obvious and less banal, it is a relief from the straitjacket of the simpler curves of first and second powers, the straight line and the conic sections.“ The cantilever arch bridge forms a barrier-free and inviting access with its generously rounded passages to the water’s edge and to the existing Rhine bridges. Here the new pedestrian promenade joins the existing route forming a multi-layered road network. Since the support-free suspension requires no additional bridge piers in the Rhine Carrée, river traffic moving along the north-south axis remains unaffected.

The mooring points of the Rhine river traffic which so far are only located on the western bank will now become evenly divided between both Rhine banks as laid down in the conceptual ideas which give both Rhine sides equal importance and they will be oriented in both shipping directions. The river, which is of such importance to Cologne allows for a more intensive and innovative experience through the RheinRing as an urban space in the inner city, highly frequented by pedestrians and cyclists.  The additional urban space thus gained, has additionally great potential for cultural events, sports and leisure activities.

By bridging the two sides of the Rhine, the design takes up the central questions, which were broached in connection with the urban development master plan for the inner city of Cologne.  Here multiple synergies are created in particular for the urban space Rhein, the core area, and the East-West link. Also, the characteristic ring structure of the city gains a more identity-boosting center created by the curving pedestrian bridge, which serves both the needs of traffic and those for recreation and it forms a new stage for public life in the center of Cologne.

Any cookies that may not be particularly necessary for the website to function and is used specifically to collect user personal data via analytics, ads, other embedded contents are termed as non-necessary cookies. It is mandatory to procure user consent prior to running these cookies on your website.