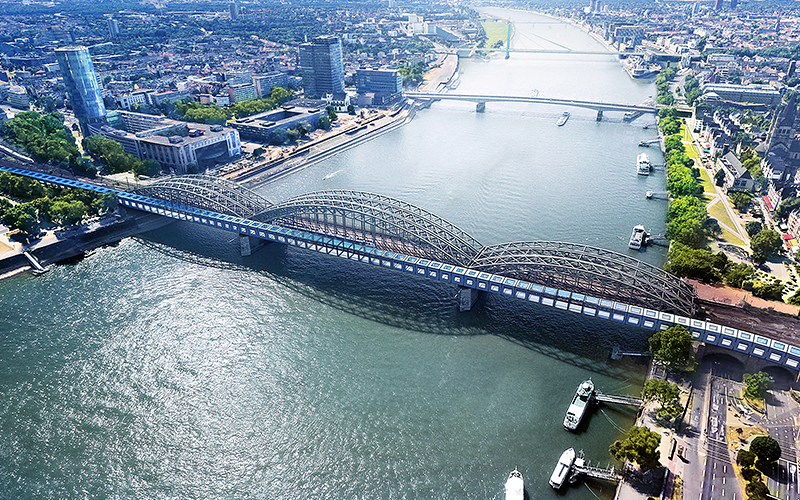 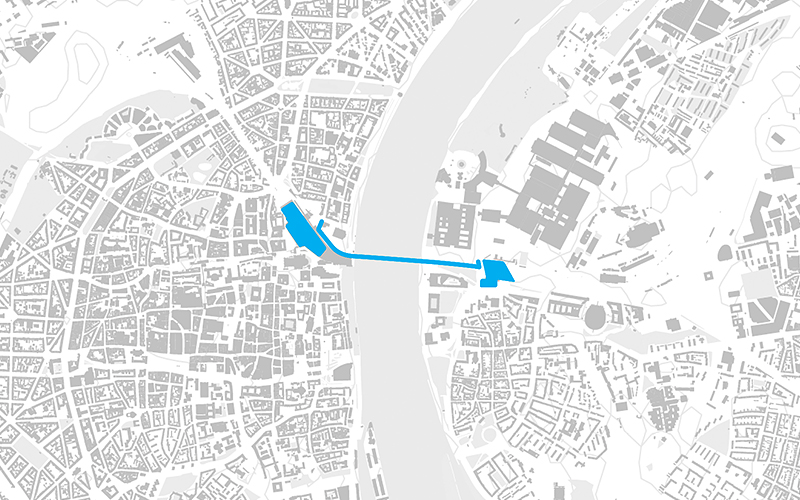 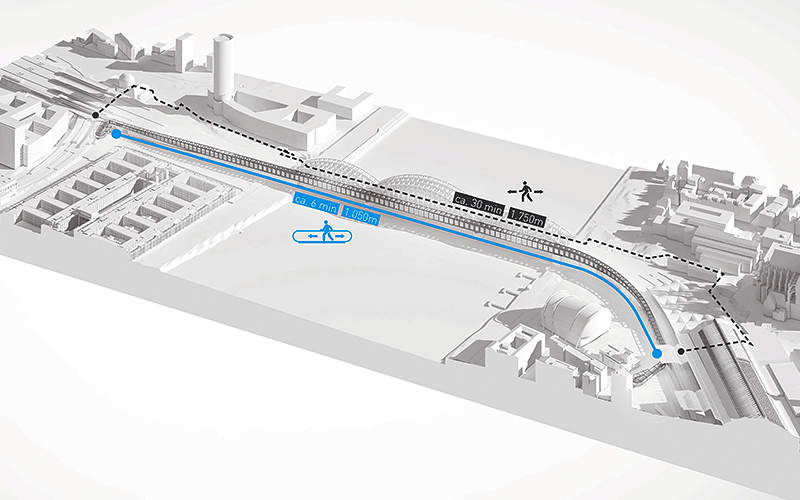 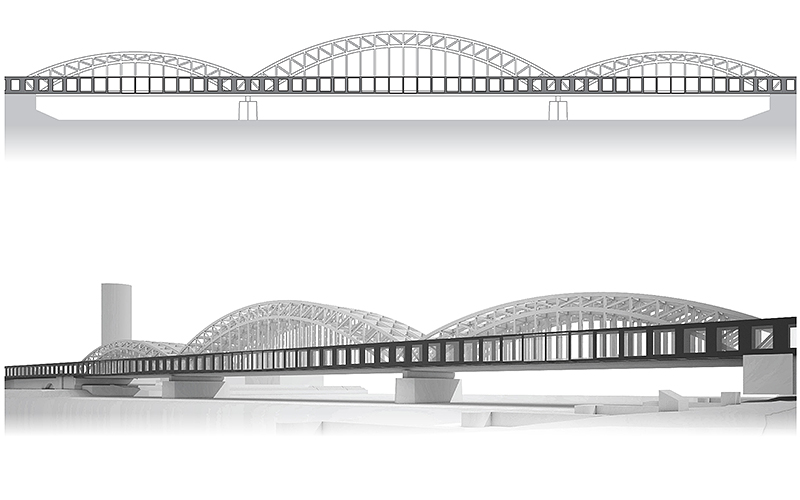 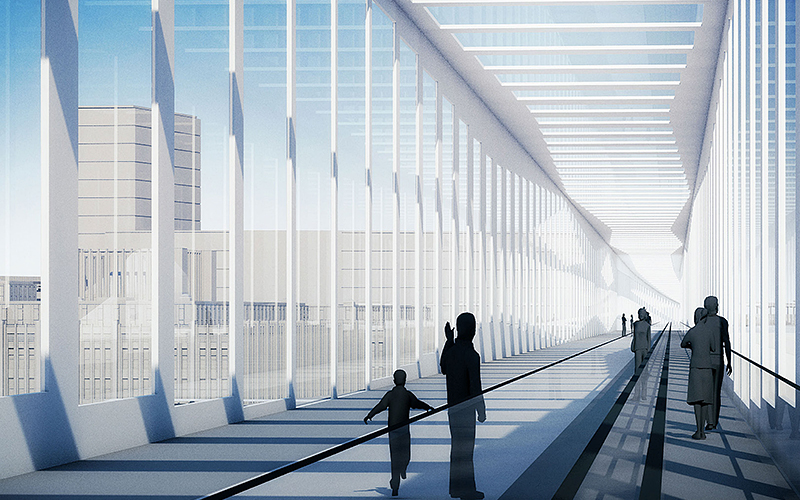 The new walkway connects the main Cologne railway stations (the Hauptbahnhof on the western bank of the Rhine and Messe/Deutz across the river), thus creating an efficient central rail station. The barrier-free walkway planned for the north side of the Hohenzollern Bridge will cut the connection times between the two terminals by more than 50% and also provide a visible between both sides of the Rhine. In its master plan, the City of Cologne articulated the need for an efficient and attractive connection between the two stations, which will also involve a redesign and enhancement of Breslauer Platz and the city’s plans for the area leading to the Deutz station. The new quick-connect walkway integrates existing walkways and creates access points along the way: at the old Messe and the recently redesigned Rheinboulevard on the right bank, and on Altstadtufer, Rheinuferstraße, and at the Musical Dome on the left.

The walkway has been designed to make a clear formal statement and acts as a distinct, emblematic structure in the cityscape while connecting to the existing bridge structure. The Vierendeel truss design has been optimised for the static force and has been created with varying profile cross sections to the bridge piers that act as supports. In addition, the spatial steel structure creates references to the distinctive truss arch bridge of the Hohenzollern Bridge and creates a dynamic spatial experience as one crosses the Rhine. The modular moving walkway system makes the space even more dynamic by offering variable speeds that deliver barrier-free, easy accessibility and can hit speeds of up to 2 metres a second to create fast passage from one side of the river to the other.