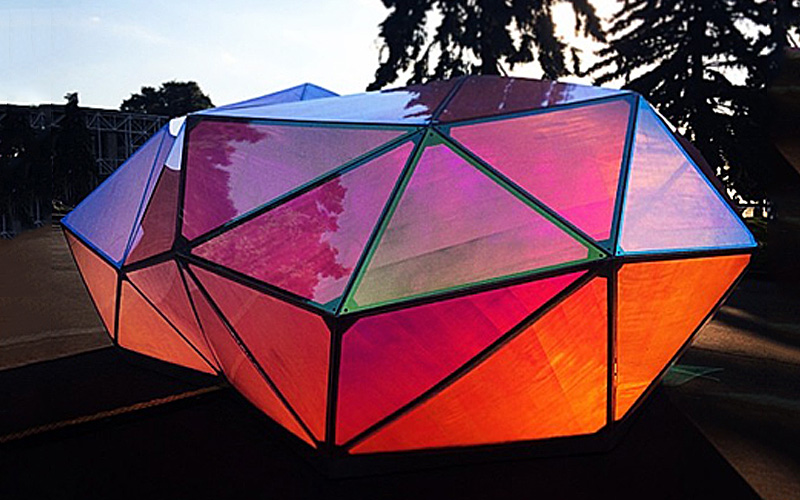 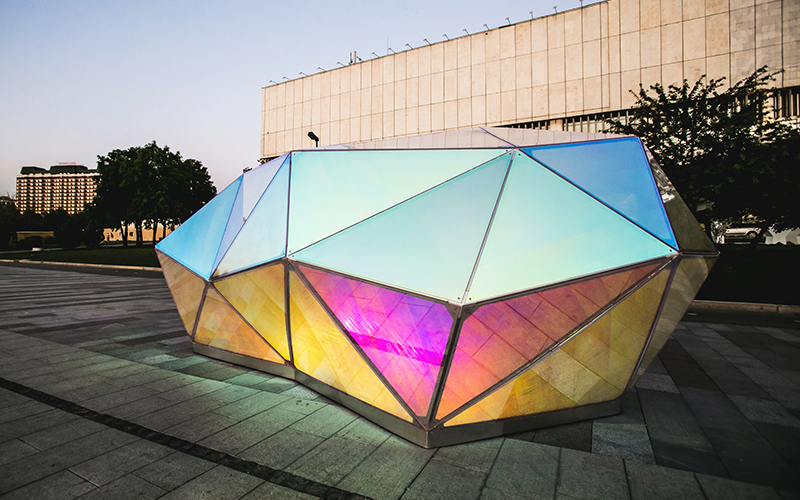 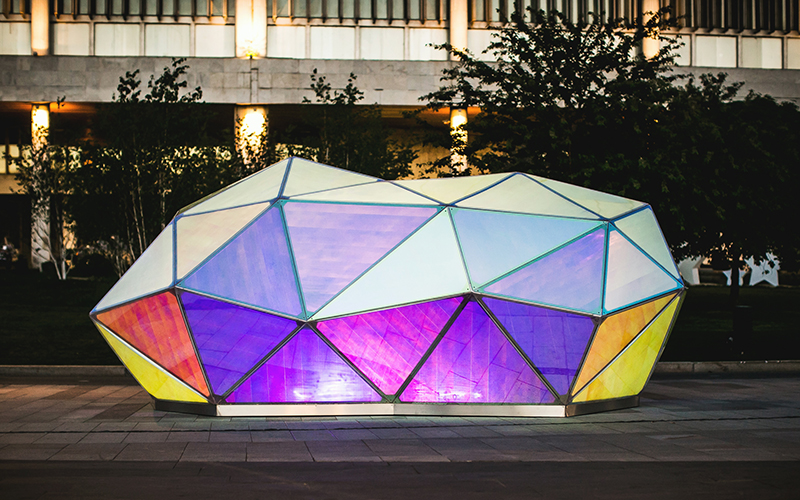 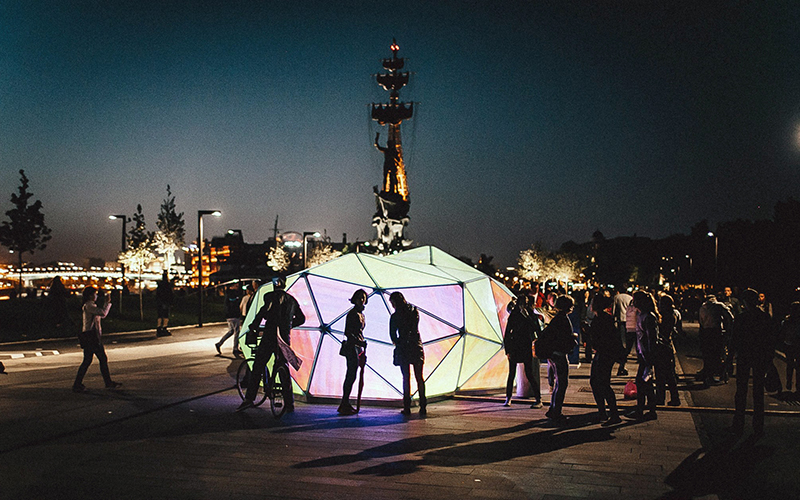 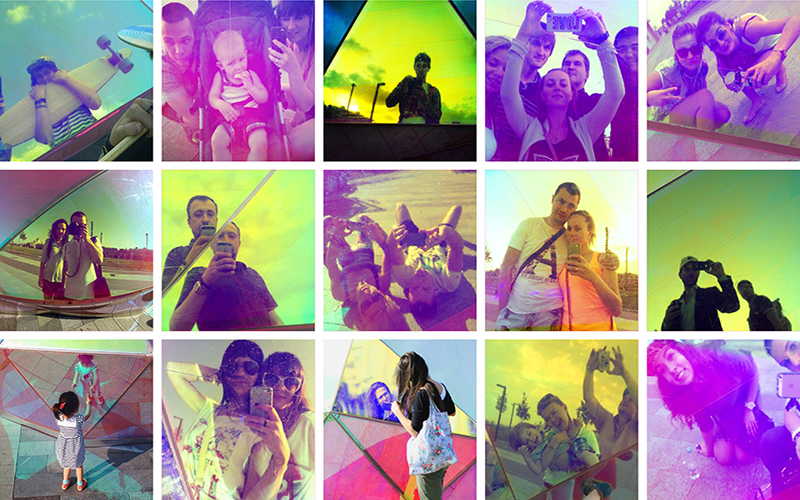 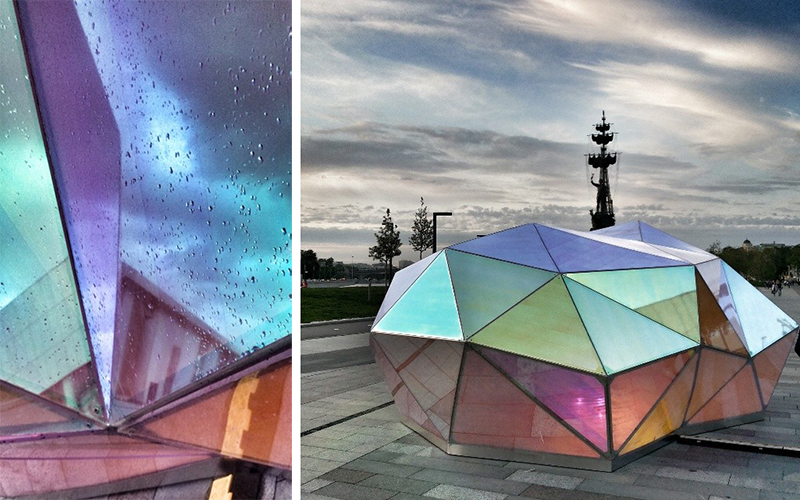 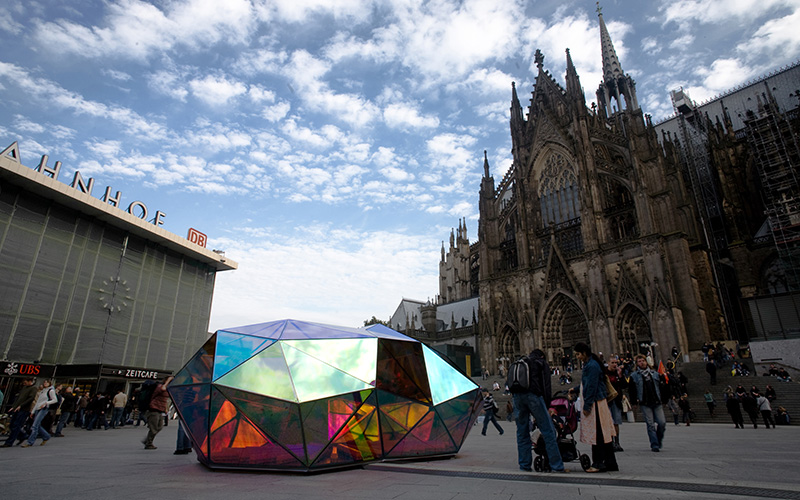 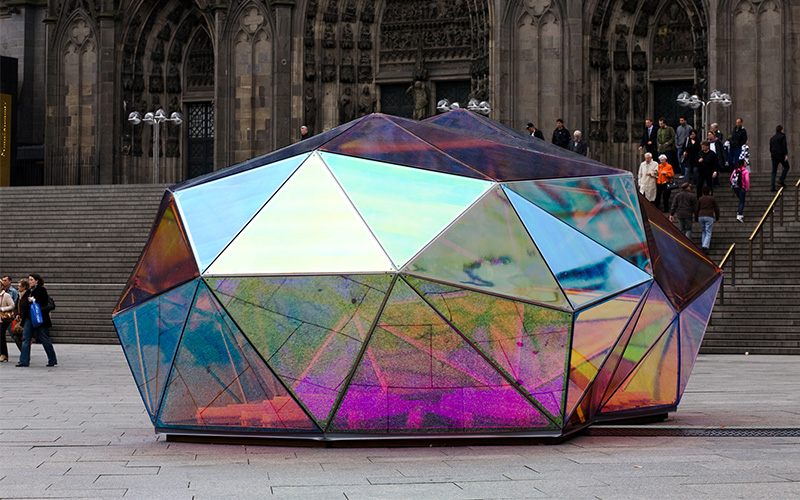 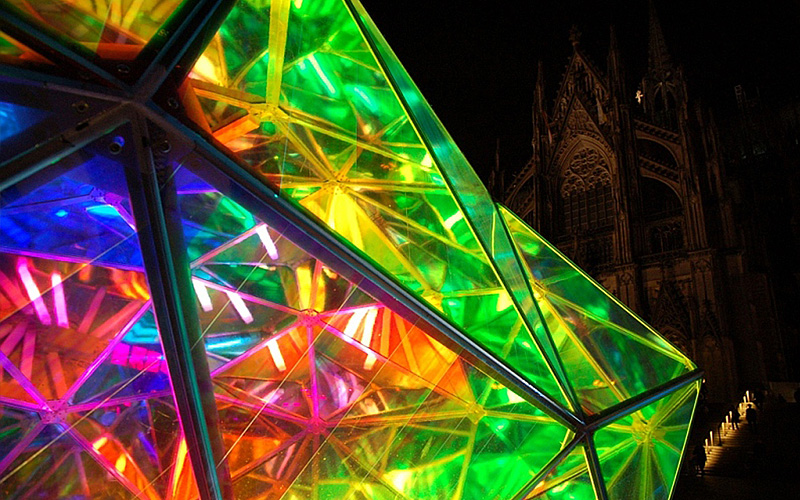 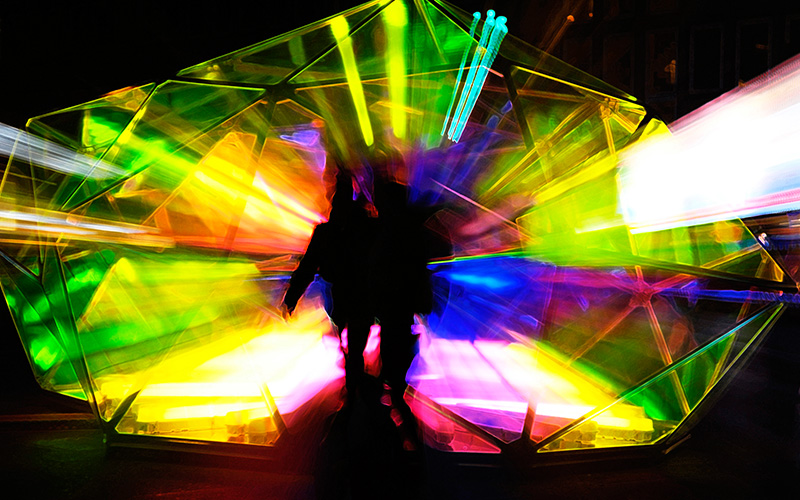 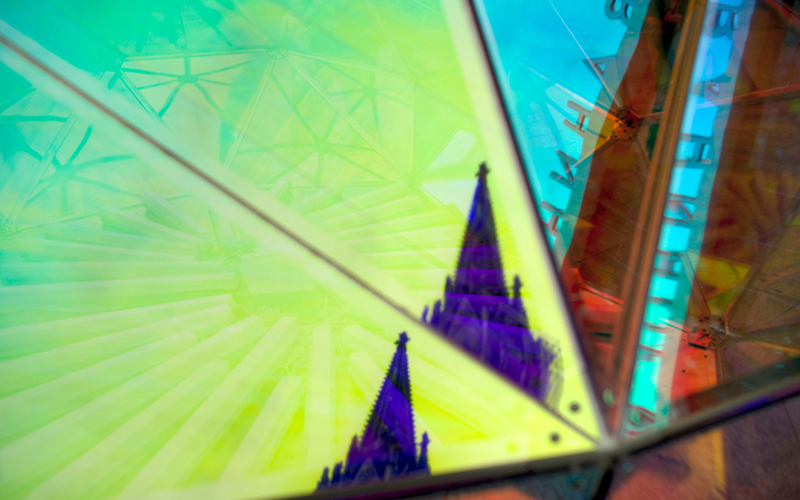 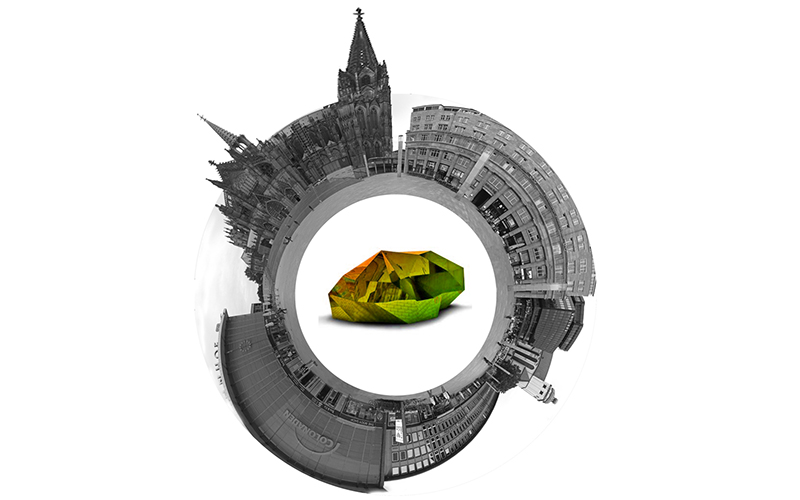 Cityscope is reminiscent of a gigantic crystal. Its facets, covered in a light-reflecting material, create a multi-level and perpetually changing portrait of space. The installation reflects the movement of passers-by and fragments of the architectural background, and breaks the sun’s rays into colors of the rainbow. Like the patterns of a kaleidoscope, which are never the same, the sculpture is always changing — its appearance depends on the time of day, the weather, and the people around it.

The bevelling structure can be seen as an urban kaleidoscope, that reflects fragmented views on the city and composes at the same time a three-dimensional image of the surrounding facades. While moving around the sculpture the images, that reflect on the triangulated envelope, continuously change. In that way the beholder becomes an integral part of the installation and its complex reflections. The radiant foil, that is applied to the outer skin of the sculpture reflects, dependent on the daylight situation and the position of the beholder, the light in different colours. The colour-transformation generates an intentional alienation, that reinforces the idea of a fragmented perception.

Like the facades of a city, the specular envelope becomes transparent in the night, when the installation is illuminated from the inside. The appearance changes in another transformation-process into complementary colours and the inside of the installation can be experienced. Both the aluminium framework and the synthetic panels of the bevelling skin were fabricated directly from the 3D-Model, using CNC technologies. The light installation was programmed with different sequences in order to support a dynamic perception of the sculpture by night.

The crystal-like installation has been exposed 2008 front of the main station in Cologne, a highly frequented urban square, that allows different angles of vision and supports at the same time the interaction of the beholder with the installation. In 2014 it has been a part of Lexus Hybrid Art 2014 project and opened under the flag of Russia’s largest-scale cultural event — Moscow Museum Night. The presentation of the installation coincided with the conclusion of the Museum Night March: Cityscope became the finishing point of a grand theatrical march of artists, curators, musicians, museum directors, dancers and passersby.