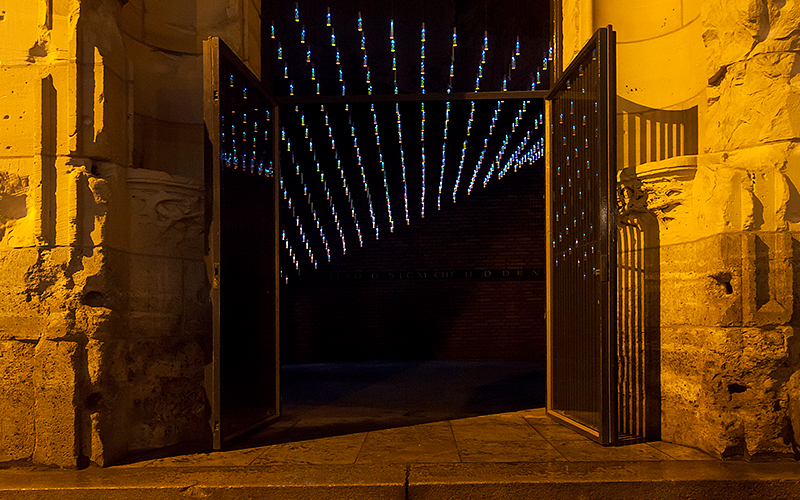 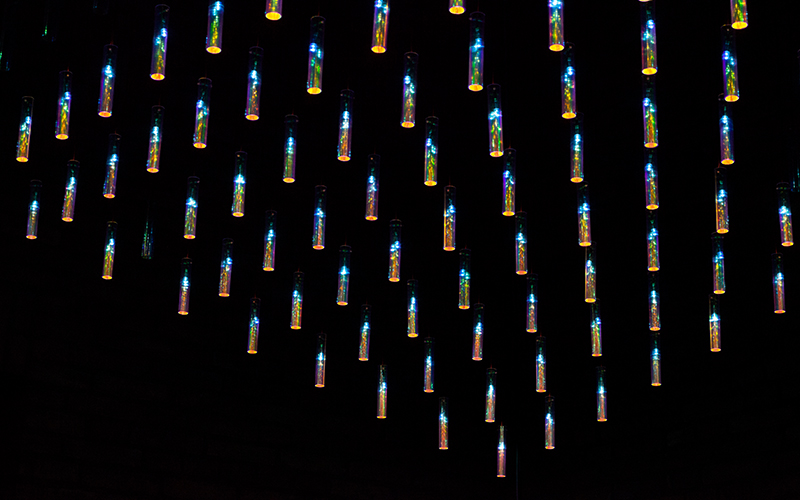 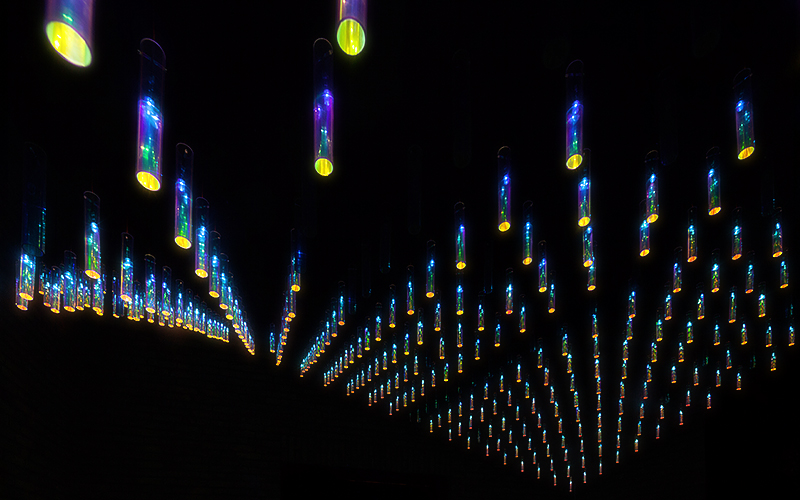 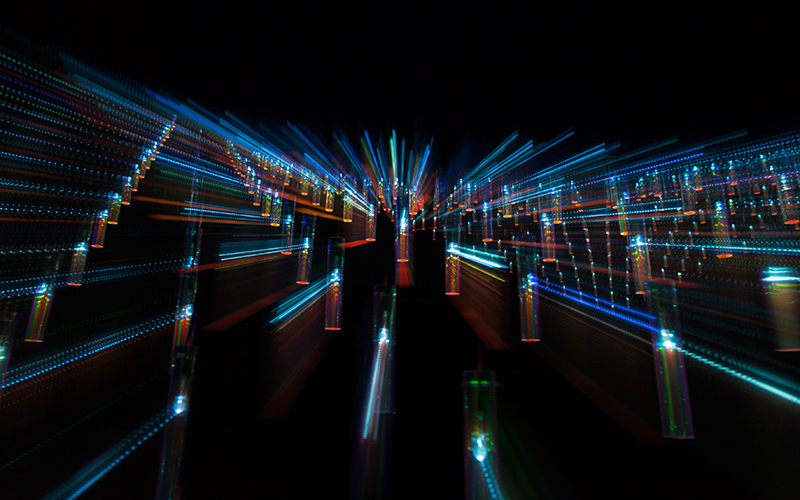 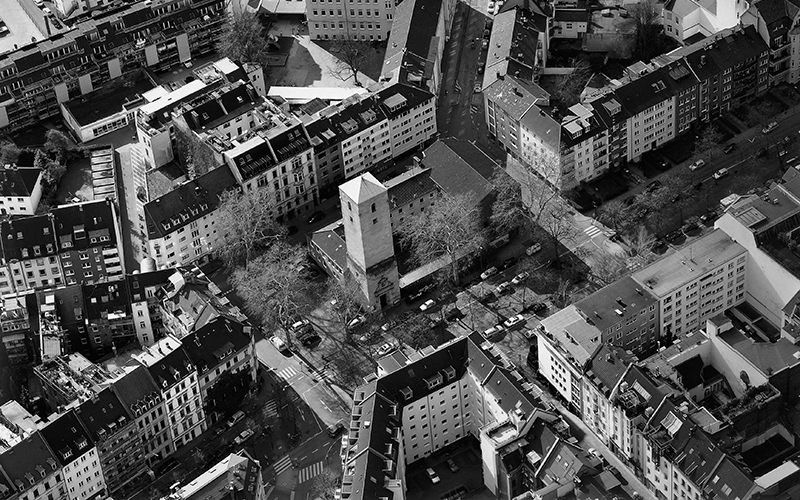 The aim of the interactive light installation in the bell tower of the Luther Church in Cologne is the expansion of the space between the poles of immanence and transcendence – searching for the human realm in the divine and vice versa. In the archaic cubage of the room a seemingly floating free-form construction of 500 dichroic cylinders forms an opposite pole to the orthogonal geometry and sculptural materiality of the existing space.

The installation changes its colors depending on the lighting effect and depending on the visual angle of the viewer, which promotes a dynamic perception of the scene. The light ambiance is programmed in reaction to the acoustics in the room, which increases the transcendent effect and makes the viewer part of the installation. The physical presence of the room dissolves and is transferred as it were into an immersive virtuality.